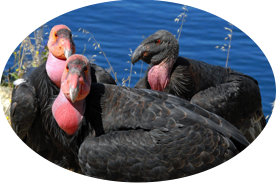 The first humans to appreciate the beauty and bounty of Marin County were the Coast Miwok. How deep are our roots? One of the largest and deepest shellmounds excavated by archeologists in Marin is 5,000 years old; our own oral histories trace our lineage back at least 10,000 years, and our creation stories describe how our ancestors emerged from the land itself.

For millennia we were careful stewards of the land; in return, the land took care of us. The bay, marshlands and streams provided an abundance of fish and shellfish. Herds of deer, elk and antelope roamed the hillsides, and rabbit and quail were readily available.

We carefully tended, nurtured and gladed the many stands of oak throughout Marin that provided a key staple of our diet: acorns. We knew the yearly cycles of the plants, and exactly when, where and how to gather the wide variety of native berries, bulbs and tubers the land offered so there would be another good harvest when we returned to that location the following year.

Loosely divided into five major bands inhabiting the general area that includes today’s Marin and southern Sonoma counties, Coast Miwok were the second largest group of Miwok Native Americans. Within each of the major bands were numerous, smaller tribal groups, each consisting of anywhere from 60 to a few hundred people. Each tribe had a headman (hoipu) or headwoman (maien), who advised the people and settled disputes. (Tellingly, the Coast Miwok language has no word for “war.”) While any attempt to quantify exactly how many people lived in Marin in pre-colonizer times is sheer conjecture, we can say with certainty that the lifeway our ancestors followed as agricultural stewards of the land both supported and required a significant population.

The first extended contact with outsiders occurred in 1579 when Francis Drake brought his disabled ship ashore for 39 days for repairs. From the perspective of the English, the encounter went exceedingly well, as Francis Fletcher, the chaplain who accompanied Drake on his voyage, recorded in his journal: “They (the Coast Miwok) are a people of a tractable, free, and loving nature, without guile or treachery.”

Almost two hundred years passed before a far more deadly encounter with Europeans: the missions of Spanish Catholicism. Needing labor to tend their land and cattle, the priests enslaved our people. Forced to eat mission food and severed from our land, our immune systems grew weak, disease was rampant, and many, many people died.

With the secularization of the Alta California Missions in 1835, Rancho Nicasio, which included the east side of Tomales Bay, was promised to our people by the Mexican government, but this claim was never honored by the United States government.

As the first governor of California, Peter Burnett, proudly proclaimed in 1850: “We have suddenly spread ourselves over the country in every direction and appropriated whatever portion of it we pleased to ourselves, without their (Indian) consent and without compensation. A war of extermination will continue to be waged between the races until the Indian race becomes extinct.”

In 1880 the Commissioner of Indian Affairs reported only 60 Coast Miwok living in Marin County.

Our people have endured much at the hands of colonizers. As the Coast Miwok Tribal Council of Marin, we believe it is our sacred responsibility to uphold and renew the traditional customs and practices of our ancestors, and to continue, with our prayers and ceremonies, to feed the land that Creator entrusted to our people’s care so many thousands of years ago. To the dismay of those who, like Burnett, gleefully predicted our demise, we are still here - and, once again, growing stronger.