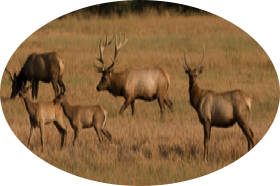 Why was the Coast Miwok Tribal Council of Marin formed?

As the rightful and proven direct descendants of the Coast Miwok Indigenous peoples of Marin County, we have assembled a council of tribal elders to:

•     Cultivate our unique identity and heritage.

•     Provide for the sustainability and development of our traditional culture.

Is the Tribal Council a federally recognized tribe?

The Tribal Council is organized under federal law PL 93-638, the Indian Self-Determination and Education Assistance Act. We are recognized by the Bureau of Indian Affairs (BIA) as the lineal descendants of Indigenous Marin Coast Miwok people.

What is the difference between the Council and the Federated Indians of Graton Rancheria?

Do you want to put a casino in Marin County?

No. In fact, one of the Council’s guiding principles states that the Council was explicitly not formed for the purpose of seeking tribal gaming enterprises. Our focus is on being good stewards of our traditional homeland in line with the ways of our ancestors.

Is everyone on the Tribal Council real Coast Miwok?

Yes. All of us either have California Indian enrollment numbers and/or a Certification Degree of Indian Blood (CDIB), and/or a Certificate of Indian Verification provided by the United States Department of the Interior. In addition, many of us are lineal descendants of either Tom Smith or Maria Copa, two revered Coast Miwok elders born in the early to mid-1800s in Marin County. (At the time they were interviewed by ethnographer, Isabel Kelly, for an oral history in 1931-32, Tom was in his 90s, Maria in her 60s.)

How can someone become a member of the Coast Miwok Tribal Council of Marin?

The Tribal Council is the self-determined governing body. We are currently developing a membership process. All lineal descendants of Coast Miwok are welcome to apply for enrollment.

How long have Coast Miwok people lived in Marin County?

One of the largest shell mounds excavated in Marin dates back 5,000 years. Oral histories trace our lineage back at least 10,000 years.

No. Just as Caucasian Americans are very different from Caucasian Russians, Norwegians, Irish, French, etc., so every Native American tribe is distinct. Even closely related tribes, like the Pomo and Coast Miwork, come from completely different language groups.

How did the Coast Miwok get along with Sir Francis Drake?

The journal entries of Francis Fletcher, the chaplain who was with Francis Drake when he brought his disabled ship into Marin's coast for repairs, speak in glowing terms of the warm and helpful reception the Europeans received from the Coast Miwok people during the 39 days they spent among the tribe. The oral tradition of the Coast Miwok, themselves, however, tells a somewhat different story. Tribal Councilman, Dean Hoaglin, says, “Our own history, and what I was told directly from my elders, based on stories, on oral history—that’s how we record our history, orally—talk about our experience with Drake, and how we had to basically beg for our lives. We have ceremonies and songs that commemorate that survival, and, at the same time, that resistance."